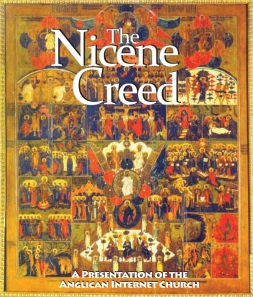 This week I came down with a head cold on Sunday night, followed by sinus problems, serious rounds of sneezing, and the inevitable sore throat the following morning.  No videos could be recorded this week with me sounding like a very sick frog.  Unable to do much else, I worked on posting all the changes to the AIC Virtual Bookstore version of Revelation: An Idealist Interpretation.  It will have over 200 pages, 52 illustrations, and will be available in both paperback and Kindle versions some time in March.  My proofreader made a number of very valuable suggestions, which I incorporated into the book.  To reduce the need for repetition within the text I created a series of special text boxes for words or phrases that appear again and again.  Examples are great/small; Lord God Almighty (Pantokrator); He who has an ear…; Nations/Tribes/Peoples/Tongues; Faithful/True; and Amen.  Plus there are other text boxes for powerful themes in St. John’s writing:  Angels in Revelation; The Seven Churches of Asia Minor; “End Times” in Revelation; Created vs. Uncreated Light; Songs in Revelation; the Seven Beatitudes in Revelation; and others.  I pray readers will find the book, and the amazing illustrations from the Bamberg Apocalypse (early 11th C.), helpful in understanding Revelation.

After doing some client service work, and getting the final tax documents (personal and business) mailed to my CPA, I started on the script and slides for the AIC’s planned video series The Lord’s Prayer: Phrase-by-Phrase (expected to have two episodes of about 25-30 minutes each and be ready in April) and The Nicene Creed.   The title graphic for The Nicene Creed (above) features, in the background, an early 17th Century Russian Orthodox icon showing scenes from the Creed.  I also have another icon from the same period showing Constantine and the Bishops who were present holding a large folio from the document.  The series will examine the background of the Creed, discussion of heresies it was meant to counter, the important part played by the Emperor Constantine, and a phrase-by-phrase commentary on the entire text.   It will have as many episodes as are necessary.

Another very early AM project was fixing captioning errors in both Episode 4 (St. John) and Episode 7 (St.Mark).  In both programs I incorrectly labelled stained glass windows as being the work of F.X. Zettler at St. Gertrude’s Church, Stockholm, when, in fact, the windows are at St. Peter’s Collegiate Church, Wolverhampton, England.  The fix was accomplised by deleting 11 seconds from the soundtrack of each video and substituting correctly labelled slades (1 in Episode 4 and 9 slides in Episode 7).  Corrected versions have been uploaded to You Tube, the links from the AIC web site fixed, and the corrected audio track fixed in the Podcast and the videos.

One final item.  All nine existing books have been updated.  Three will have new covers using the white letterd on black background I used in both the new Revelation: An Idealist Interpretation book and Paintings on Light.   Paintings on Light will be upgraded to include a Kindle edition for the first time.  The cookbook (Fr. Ron’s Kitchen Companion) has new pages, an improved Recipe Index (with larger type) and several new recipes, including my favorites, Three-Pig Pork Chops (the chops are stuffed with sausage and wrapped with bacon!), a baked version of Baked French “Fries” and Corkie’s recipe, Classic Egg Casserole, which is baked with English Muffins and the no-MSG version of Jimmy Dean sausage available at Costco (or Edwards Ham or Edward’s Virginia Bacon).  The potatoes are crispy and taste almost like a deep-fried version but with well less than a tablespoon of olive oil needed.

Thanks again for your interest and continued support.

Fr. Shibley is a retired Anglican clergyman who produces unique videos, podcasts and books explaining traditional Christian theology from an Anglican perspective. All materials are in layman's language with a minimum of technical or theological terms. All are available either free or at reasonable cost. The AIC Bookstore now includes 17 publications. View all posts by Anglican Internet Church